About the Charity Proposal (Continued)

The Reposm Sporting Housing Trust, a not for profit social housing charity, would purchase or build blocks of flats, to be let at a very low rent to tenants chosen from retired professional sportspersons, preferably nominated by a relevant sporting body, whose personal circumstances mean that they are in need of and can benefit from this specialised housing.

Rents will be set at a “social housing rent level” (the lowest regulated rent level), reflecting the Local Housing Allowance Cap. This will ensure that, if the occupant needs welfare assistance, the rent and eligible service charges can be covered by Housing Benefit.

East Boro Housing Trust would have complete responsibility for the ongoing management and maintenance of the flats, ensuring that the buildings are maintained, tenants are supported, and all laws and regulations are complied with.

The Reposm Sporting Housing Trust and East Boro would also ensure that there was an “Enhanced Housing Management” Service supplied to the flats. This would ensure extra assistance would be available to the future occupants, covering all aspects of benefits and welfare, community support, individual support to avoid isolation and general daily activity and scheme-wide trips and events, as well as individual one to one support when it is required.

East Boro is a charitable not for profit registered housing association founded in 1960. It is managed by a team of professional housing staff who report to a voluntary Board of Management. Michael Soper is one of the twelve voluntary board members, whose skills cover business, accountancy and audit, banking, law, social care, health, human resources, building and engineering, surveying and public service. The association with East Boro will ensure that reliable specialist day to day operations are in place and that there is a pool of professional expertise for Reposm to draw on.

Thanks to the Cyril Wood Memorial Trust (CWMT)  retired artists, musicians, authors and craftpersons already enjoy the type of sheltered accommodation Reposm will provide for retired professional sportspeople. The Reposm Chair  (Michael Soper)  is also the voluntary Chair of CWMT so he is perfectly qualified, with his fellow Trustees and your financial help, to steer the Reposm project vision through to a successful conclusion. CWMT has 24 self-contained flats where residents can live alongside other retired neighbours from the Arts world, whilst continuing to follow their career passions and interests thanks to shared studio spaces and a large communal lounge (complete with a grand piano).

The concept of Cyril Wood was conceived and founded in 1975 by people from all areas of the Arts, including Sir Yehudi Menuhin, Joyce Grenfell, J.B.Priestley, John Le Carre, Lord Goodman, Viscount Cranborne and Victor Bonham-Carter.

Cyril Wood is managed by its Corporate Trustee, the charity East Boro Housing Trust, of which Michael is also a voluntary Board Member. East Boro’s expertise ensures that the buildings are maintained, tenants are supported, and the many laws and regulations are complied with.

The musicians’ Performing Rights Society Benevolent Fund is a major supporter of the Cyril Wood Memorial Trust, providing finance for the Trust’s expansion and modernisation, and in return it nominates some of the potential residents for the scheme from amongst the musicians who they support.

This is the actual operating example that has inspired Michael to make the Reposm proposal.

Michael is using his experience of the success, popularity and need of Cyril Wood and has taken the “Cyril Wood Model” and combined this with his lifelong knowledge and passion for cricket, to show how retired sportspersons in necessitous circumstances could be helped by being provided with a secure, safe, maintained and affordable home.

Who Would Benefit From this Proposal?

It is proposed that Sports Bodies would be able to nominate retired sportspersons to the flats who, for whatever reasons in their life need assistance to provide them with a home and other associated support (if this is required). Nominees ordinarily would meet the national criteria for sheltered housing and be 55 years of age or above or younger if they qualify due to other necessitous circumstances/vulnerability such as disability and health. All flats would be one or two bedroom enabling couples to occupy the flats and family life to be enjoyed by all.

It is acknowledged that not all professional sportspersons in their career make it to the first class or international level in their sport. Even some who are successful in their playing careers are not in their personal/financial lives or their lives after retirement from sport activities. This proposal would help to create an affordable/social housing safety net that could provide a safe and secure home for their nominees and would be given a full assured tenancy (tenancy for life) at a substantially sub market rent. 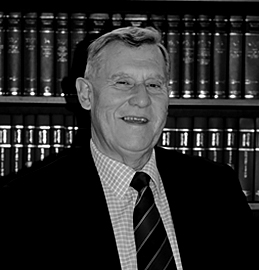 Born, bred, schooled and ran businesses in Croydon. On retirement, Michael moved to Dorset. Michael was Managing Director of several companies in Croydon mainly specialising in Computer Business Forms and A&E Clinical Excellence Documents. He also held directorships in companies that were involved in printing, debt collecting, home security and a cricket school. Since 1980 Michael has been involved in cricket administration. In 1995 he became Chairman of Surrey County Cricket Club (SCCC).

Born in Liverpool in 1946 David attended boarding school in Kings Lynn when his father (who was in the RAF) was posted to Singapore. He joined Barclays Bank DCO (the overseas arm of Barclays Bank) as a Management Trainee and, after UK training, was sent to Zaria in Nigeria at a time when the Biafran was in full swing. David is married to Pauline and has one son, Simon, who has an investment business in Cayman.

David enjoyed a 36 year career with Barclays which saw him working in many parts of Africa, the Caribbean and the Middle East. Half his service was in retail banking with the latter half in IT developing, designing and implementing IT systems for the retail arm of the Bank overseas. One of his most prestigious roles was a 12 month stint as Manager of the Bank’s operation on the QE2. David’s last position with Barclays was Head of IT for Barclays in the Caribbean operating out of Nassau, Bahamas.

Following taking retirement in 2001 David undertook IT Consultancy work which took him to Malawi, Zambia, Bangladesh and Sri Lanka. David is a big sports enthusiast. He is a member of Broadstone Golf Club, a member of Hampshire Cricket and a Norwich City supporter. He was lucky enough to attend the rugby world cup final in Johannesburg in 1995 whilst working in Botswana. David joined the Board of East Boro Housing Trust in 2003 and was elected Chairman in 2007. He retired from the Chair in 2017. 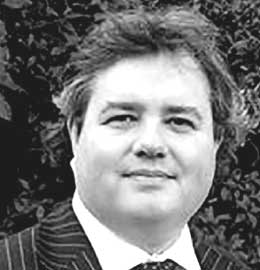 A Lancastrian by birth, brought up in Manchester, after a law degree from Oxford Richard qualified as a Chartered Accountant with Deloitte, then worked in a top ten law firm in the City of London, specialising in tax.

In 2000 he moved out of London to become Senior Lecturer in Tax Law at Bournemouth University. He also speaks on tax all over the world and advises small countries on their tax systems, including introducing VAT to Jersey, and helped persuade Alistair Darling to reduce the UK capital gains tax rate to 18%.

His writings have been published on four continents; he has worked as far apart as Tunisia, India, Lithuania and Panama, and is an experienced media commentator, having started off in the deep end being interviewed by John Humphrys.

The Chief Minister of Jersey praised his “rigorous, but positive approach”, and he was described as supplying “intellectual clout.”

Richard is the Chairman of the Finance Committee at East Boro Housing Trust, and was the first Chairman of Cyril Wood Memorial Trust after East Boro stepped in as corporate trustee in 2006. He is also a Freeman of the City of London, is a Fellow of the Adam Smith Institute, and is listed as one of the 500 most influential people worldwide in global finance. 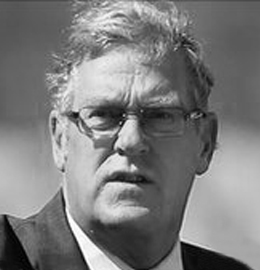 Paul has extensive experience in sports management, marketing and selling sponsorship largely from his 16 years as CEO of Surrey County Cricket Club and the Oval Cricket Ground. He is retained as an Executive Consultant by the charity.

Paul will work very closely with Mike Soper who was Chairman of Surrey while Paul was CEO. Together they have extensive and personal relationships with sport enthusiast HNWI’s and key decision makers in the organisations most likely to support Reposm. Since 2011, Paul has worked successfully on a series of fundraising projects in schools and charities. 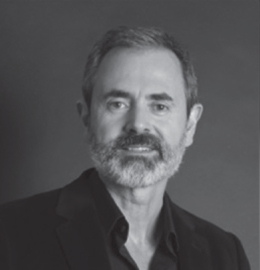 David’s early background was as a Chartered Accountant. However, for the last 25 years he has been Driving Risk Managment for large complex Global Corporations.